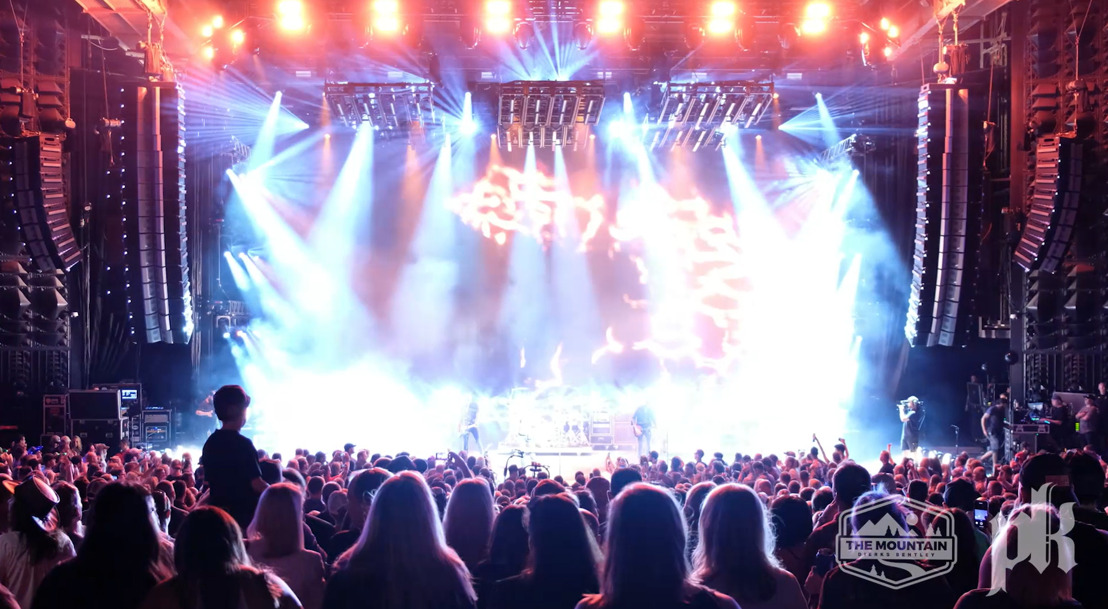 To meet the strenuous demands of a cross-country tour to over 60 large-scale venues — including a sold out show at Madison Square Garden — Bentley and his production crew trusted PK Sound Trinity Advanced Robotic Line Array and Gravity Subwoofers to deliver superior sound, system flexibility and easy rigging, no matter the venue –– whether in an arena, stadium, or amphitheater.

Taking ‘The Room’ Out of the Equation
Front-of-house and System Engineer James "Pugsley" McDermott said the Mountain High Tour marked his 13th year on tour with Dierks Bentley, but this is the first tour in which they've added Trinity Advanced Robotic Line Arrays to the PA system. "It's been a technological advancement not only in deployment, but also sonically," McDermott said of the new PA system, which features full-size main hangs with up to 16 Trinity boxes on each side of the stage, plus a dozen Trinity 10s for side hanging and front fills, per side.

The Dierks Bentley crew also flew six Gravity 218 subwoofers per side, with an optional six per side on the ground, which, McDermott noted, were deployed in different configurations daily to fit the size and shape of each venue. But he said that it was the addition of Trinity loudspeakers that has brought the Dierks Bentley sound system to another level, giving the crew added flexibility to control the contours of the sound field, especially in the mid and high frequency ranges — granting the crew increased three-dimensional sound shaping capabilities, and allowing them to fit the sound field to any venue's dimensions using PK Sound's Kontrol software.

"Every Trinity box can be whatever you want it to be," McDermott said. He noted that, while 120-degree boxes can be an asset for some venues, they are too wide for others. But Trinity's adjustable sound field lets the system engineer tailor each individual box to be as wide or narrow as is needed for the venue. "Each box can be set from anywhere between 50 and 120 degrees, and you can use them symmetrically or asymmetrically.”

McDermott went on to reference a recent scenario from the Mountain High tour. "I was having problems with a side-hang blowing into a video wall to the side of the audience, and all I had to do was just close up the boxes that were pointed at it, and that solved the issue.”

"It just really cleans things up," he continued. "Once you start eliminating reflections, and you start getting the rig to run efficiently — instead of having to fight the reflections and fight with the room — that's where the Trinity really shines, because you have the ability to take the room out of the equation."

Capitalizing on Economic Efficiencies
Production Manager Jay Ballinger – who, like McDermott, has been on tour with the Dierks Bentley road crew for well over a decade – said that Trinity has increased the crew’s efficiency by streamlining the rigging process, from load in, to system setup, load out and transporting to the next venue, making the whole process safer and faster. “I love how it flies vertical with the touch of a button,” Ballinger said. “And with the built-in mechanics, it brings itself into curved position for the show.”

“Trinity takes up less space both in the truck, as well as on stage and in the wings,” he continued. “The tour has cut its cable trunks by more than half, and we went from full-size cable trunks to half-size ones. Plus, it’s safer, because there is nothing to get your fingers stuck in.”

Ballinger notes that, on this this first tour with PK Sound’s more efficient line arrays and subwoofers, his crew managed to gain 40 minutes in their day. He said when it came to choosing the new PA system, “In a nutshell, it was about the bottom line. This is not a cheap PA, but at the end of the day it saved on touring costs, and it saved our crew from potential injuries, as well as truck space, weight, and fuel costs.

“But the real reason I fought so hard for this PA,” Ballinger concluded, “is that we want the best gear we can get for our tour and our team, I want them to have the best tools to do their job, and this is the best PA out there, in my opinion.” 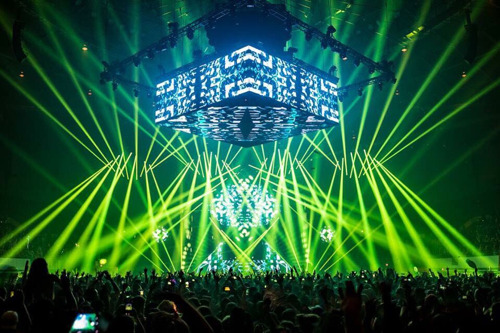