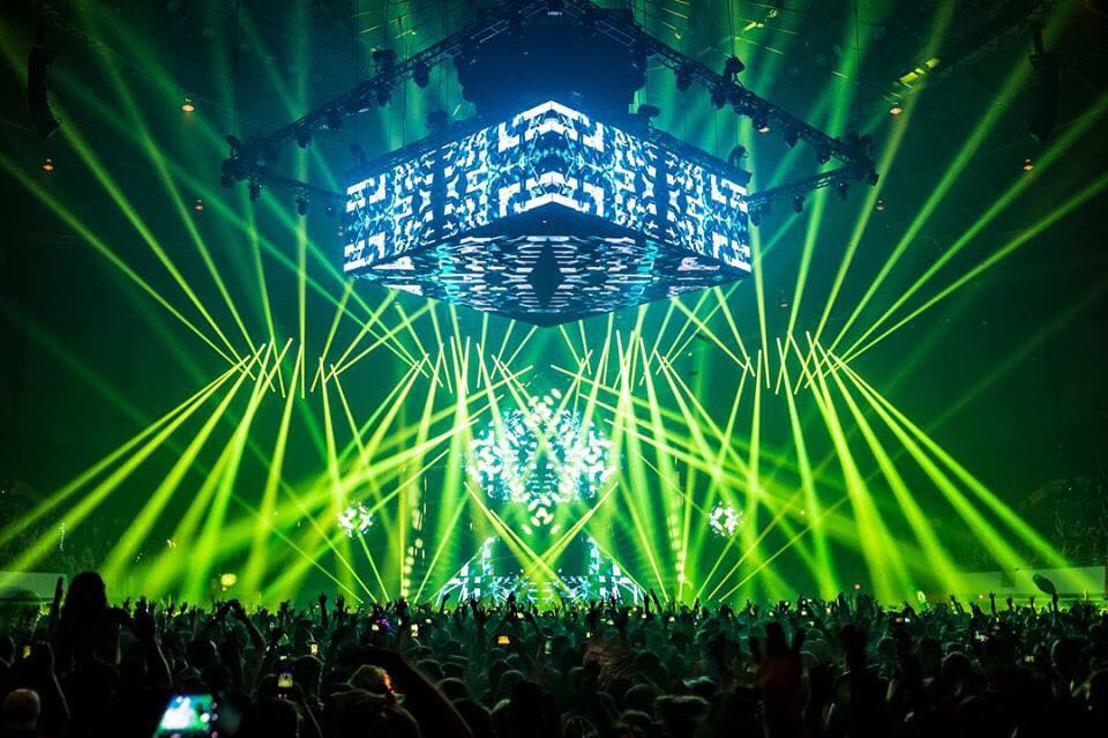 Reaching Astronomical Expectations
DJ and record producer Lorin Ashton has been performing as Bassnectar since 2002. This year's Bass Center marks the 11th anniversary since he began promoting and headlining his own seasonal events — which include his annual New Year's and Spring Gathering shows — making Bass Center XI one of the year’s most highly anticipated events for Bassnectar's loyal fan-base.  “Bass Center is his most iconic show of the year,” said Kyle Pace, Bassnectar's front-of-house Audio Engineer. “There are some big shoes to fill with that show, and the fans' expectations are sky-high.”

Arlen Cormack, Senior Vice President of touring and production at PK Sound and system designer for the event, said the bar was raised even higher for Bass Center XI, in part because many fans have attended multiple Bassnectar shows and can compare experiences to other indoor and outdoor venues.  “I would guess that probably under 20-percent of the fan-base was local,” Cormack said of Bass Center XI. “It's sort of like a traveling carnival. For all of his seasonal events, a lot of the same people will follow him wherever he goes.”

To meet the die-hards' demand for flawless sound at this year's Autumn Gathering, Pace began by reaching out to fans. “I scoured through comments, forums, blogs — everything — and I started asking questions,” he said. Using the information he obtained from their feedback, Pace went to Cormack, and together they designed a sound system for the venue engineered to blast Bassnectar fans into another dimension. When fans inquired with Pace over social media what the rig was going to sound like in the days leading up to the event, Pace upped the ante on their expectations, saying, “We're going to rip a hole in the fabric of space-time with low end.”

The Mothership Prepares for Blastoff
Boasting an arena floor that's nearly the size of a football field, the Hampton Coliseum has hosted numerous musical acts, including The Grateful Dead, The Rolling Stones and Phish — the latter of which affectionately nicknamed the venue “The Mothership,” due to its distinct architectural design. Despite its popularity as a music venue however, the Coliseum poses some challenges for electronic music acts when it comes to balancing frequencies at the far reaches of the venue's seating.  “Bassnectar is very adamant about wanting every single person at his events to feel like they have a speaker directly in front of them,” Pace explained. “So that's what we tried to accomplish.”

Cormack and Pace started with 16 Trinity Advanced Robotic Line Array boxes per side for the main hangs, which were set to a full 270-degree pattern, with the sound field in the top three boxes narrowed for longer throw to help the mids and highs reach the top bleachers. In addition, they included outfills of six Trinity boxes per side to cover the space directly right and left of the stage, with the sound field carved toward the audience to avoid unwanted reflections.  Evaluating the room before the event, both Cormack and Pace noticed bass traps in the furthest bleachers. “We spent about 16 hours making adjustments and going through frequency ranges, just seeing how they travel through the venue,” Pace said, “and we were getting a lot of 2 kHz dropping off at 200 feet out, which can make the sound muddy, because you can't hear the highs.” To solve the problem, they flew 32 VX10 Compact Line Array boxes across five house delay hangs in an arc around the bowl to provide the intended mid- to high-frequency sparkle for every seat in the house.

Since it wouldn't be a Bassnectar show without the namesake low end, Cormack and Pace didn't hold back when it came to subs. Building upon a foundation of 32 CX800 High Power Subwoofers on the ground, Cormack surprised Pace during setup with an additional 12 Gravity 30 High Power Subwoofers, which they also deployed on the ground, splitting them up to fill in the bleachers on the far right and left sides of the stage. Finally, Cormack and Pace also decided to fly six CX800s per side behind the main hangs, which they time-aligned with the Gravity 30s for a uniform arc wall throughout the arena. During tests, Pace said, “One of the PK Sound guys was walking throughout the arena and said, ‘You don't need to change anything. The top seats are rattling!’”  Audience reaction at the sold out shows were equally enthusiastic. “Fans reached out to let us know how great it sounded,” said Pace, “And we couldn't have done that without PK Sound’s speakers. What we did in Hampton this year — it would have smoked any other system out there.” 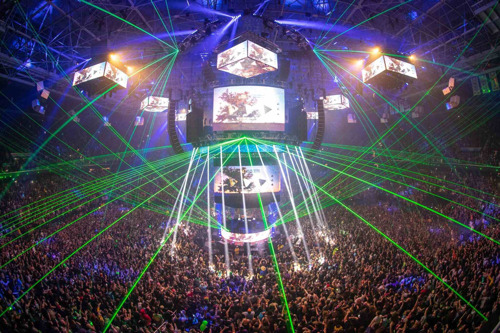 Over 22,200 fans treated to immersive audio experience at The Return of NYE360